Picture iOS GarageBand’s Smart Instruments as a standalone app, but with very Reason-ish sounds, and a very friendly way of generating patterns while still making you feel like you’re doing the work (no dice buttons here, thankfully).

My favorite part: A “pump” dial. Why hasn’t anyone thought of this yet? This dial is hard-set to sidechain compress the synth tracks to the kick drum, which is how sidechains are set up 99% of the time. It usually takes some time to setup a good side chain. What a concept to just include this on the master track along with the levels!

The other cool thing about Figure is that only the drums are sampled – the bass and lead are actually being synthesized by something. How did I find this out? My iPhone is jailbroken, so I dug into the app’s folder just to see.  The samples folder only has drums in it – then I saw the “Thor” folder:

That’s right, when Propellerhead says “with Reason at its heart”, they mean freaking Thor is powering this thing.  Not like the NI Maschine app, either where the sounds are from Komplete, but they’re hard-coded samples.  Much of this is the real deal.  As far as I can tell, it’s just using the Wavetable part of Thor, but it looks like there is room to add more of Thor’s modules in later. 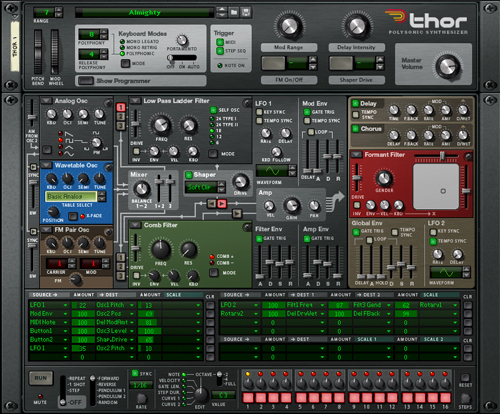 Major downside for now: no save, no export, and no audiocopy.  So, while this is one of the more powerful instrument apps out there, there’s no way to actually *use* this app in a song.

I also noticed that Figure is conspicuously not an iPad app.  Maybe there are more surprises in store?  They obviously have big chunks of Reason working on iOS, and are investing serious resources into this platform.   I’m very excited to see what else Propellerhead comes up with in this dept.  For now, I’m going to be messing around with Figure!

2 thoughts on “Figure uses Thor for its synth sounds, and is awesome.”